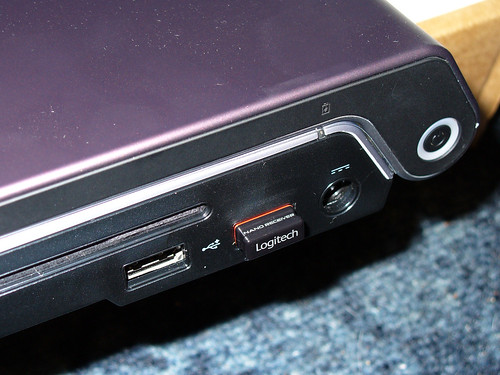 It is, overall, a very nice laptop, if you can excuse the sheer size and weight that are inherent in a 17" model. There are, however, a few flaws that have yet to be ironed out (it's a brand new line of laptops, after all). 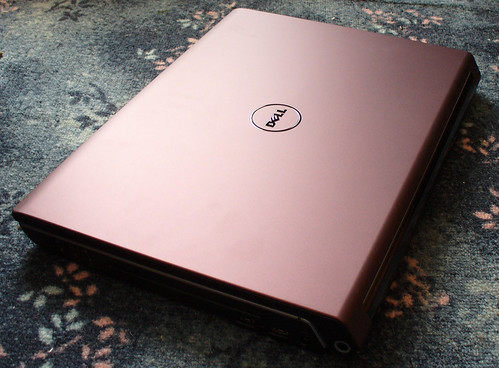 The first issue is that it was refusing to stay in sleep (suspend) mode: after telling Windows to sleep, it went through the motions of entering sleep mode, but immediately woke back up again. Sometimes it would stay asleep for several hours, but then wake up again randomly. After several days' worth of searching, I finally found the answer and fixed it: in Device Manager, untick the "Allow the computer to turn off this device to save power." checkbox for the WiFi card (Dell Wireless 1510 Wireless-N WLAN Mini-Card).

The second problem was that any audio played through it was frequently crackly, which was very annoying when watching iPlayer or 4oD. There are a couple of posts on the Dell Forums regarding this issue, so I suggest you try them both. I did eventually get it fixed, though! The first thread. The second thread. In my case, what fixed it was installing the updated audio driver.

The third issue - which I don't yet have a solution for - is that the Firefox extension that the fingerprint reader's driver comes supplied with wreaks havoc with file downloads. Any file download would refuse to start: you'd click a link to download a file and seemingly nothing would happen. Right-clicking the link and selecting "Save target as..." worked, but that's very annoying to do every time you want to download a file, and in certain circumstances it's not even possible (e.g. where the page automatically redirects to the file to download, and doesn't give you a proper link in case the redirection fails). I was able to solve the problem, but only by disabling the extension, which stopped the fingerprint reader being able to fill in forms in Firefox. Dell have yet to release updated software for this, and AuthenTec don't seem to make software publicly available, so it looks like we're stuck with that situation for the time being. 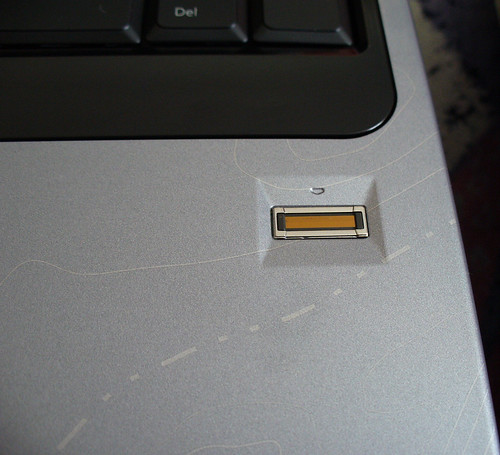 Obviously with a laptop as powerful as this one (it'll run Half Life 2 at 1920x1200 with all graphics options at either full or nearly-full, with a perfectly acceptable framerate of 20+ fps), the battery life isn't brilliant. With the keyboard backlight switched off and the screen at minimum brightness, I can sometimes squeeze a little over 2 hours out of it, but 2 hours is about the norm. This is with the standard 6-cell battery, because the 9-cell upgrade was £100 and the 9-cell battery protrudes quite some distance from the base of the laptop, which would make it more than a little uncomfortable to use on one's lap, and would prevent it fitting in a laptop bag at all. Since Dell aren't currently selling any accessories for the Studio line (it isn't even listed on their online laptop accessories store), I'm contemplating ordering a second 6-cell battery from eBay, so that I can at least double the runtime to 4 hours. This laptop claims to be able to survive in standby for a minute or so with the main battery removed, so swapping them over isn't too big a deal, but I first have to be convinced that batteries on eBay are of decent enough quality that they aren't going to damage anything. The fact that batteries on eBay are ~£50 compared to the US$200 that Dell charge in the US has me concerned.

As soon as this laptop arrived, I noticed that certain colours displayed on the LCD as a strange moving pattern. It was an odd pattern that moved fairly rapidly from right to left whenever those colours were displayed. I first noticed it as the background of Flickr's website (not the home page, which uses pure white, but image viewing pages, which use a very slightly off-white - i.e. #FEFEFE). Despite my £100 extended warranty, Dell were very reluctant to even acknowledge the existence of the problem. In the end, after wasting an entire weekend reinstalling Windows twice at their request, I sent them an email explaining in no uncertain terms that I was a computer science student and that, as such, I tend to know what I'm talking about when it comes to these things. They phoned me the next morning to ask when I wanted the engineer to visit, with no further questions asked about it :) One question they did ask was what address did I want the engineer to go to; I gave them my home address, as that was where I would be at the scheduled time. Imagine my surprise when, on the scheduled visit date, I received a phone call from the engineer who was trying to find me. It turns out that, despite me giving Dell my home address, they had sent the engineer to my work address - some three hundred and thirty miles away. The visit obviously had to be rescheduled, delaying the replacement of the LCD by three days. When the engineer did finally arrive at the right place, he found my story of Dell's support staff getting me to reinstall Windows several times to be very entertaining, given that there was no way it could have been a software problem. The best part of this story is that Dell sent me a customer satisfaction survey to complete once the work had been carried out. Was I satisfied? Yeah, what do you think? :)

The final minor niggle is that, while this laptop has a spare hard drive bay (it's a 17" monster with a number pad on the keyboard, remember...), it doesn't have a spare hard drive cage or the SATA data/power converter gadget that laptops use to connect hard disks, so I'm going to have to source one from somewhere (the plan was from Dell, but they're making that difficult by not making them available online anywhere that I can tell) before I get myself an SSD (on which I plan to install Windows and most of my applications, leaving games and large videos, etc., on the larger, but more power-hungry, magnetic hard disk). 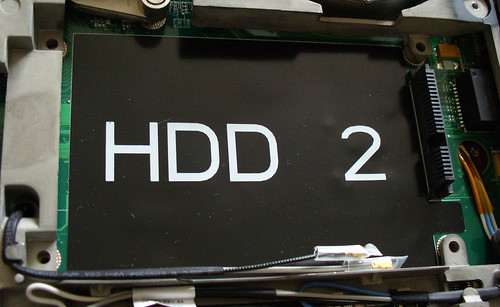 The complete collection of photos that I took of this new laptop are on Flickr.
blog comments powered by Disqus

Nice review. I recommend sourcing the original manufacturers' drivers rather than using the system integrators one with everything. Even though the manufacturers complain that the integreators may have "customised" it, you usually get a lot less bugs.

DriverMax is quite good software for hunting down version numbers and showing what versions you have. It's a bit too friendly with the Internet but all that can be disabled. Also I wouldn't recommend downloading drivers through DriverMax, merely just using it as a driver inventory (and a way to backup Windows Update sourced drivers like those that are only available on WU like the Epson DX3700 Vista drivers).

A lot of these drivers for "special" models seem rushed for the integrators to bundle and have odd quirks. Even sometimes the BIOS can be dodgy.. with my Acer Aspire 5720 I had odd keyboard and touchpad lags once every minute or so it'd lock up for a few seconds.

I tried your suggestion and my laptop now stays asleep. However, it will not automatically go into sleep mode as it is supposed to which means that I have to put it into sleep mode manually. It was working fine until several weeks ago. I have not made any changes to the power settings. Any suggestions?

Thanks for the tip about the computer turning off the wifi and unchecking that box in device mgr (found you on google). Had that problem with a new studio 1747. B rgds, Stewart in Atlanta

So yeah, I can now choose between usefully fast WiFi (100Mbps real-world throughput on 802.11n vs 25Mbps on 802.11g) and crackle-free audio. Apparently I'm not allowed both at once.

The second HDD cage is listed on USA page
but not UK.

Ah great, thanks for that.

As another update: after a bit of yelling, I finally got a higher-level tech support guy at Dell to fix my audio issue. He remoted into my laptop and downloaded a 70MB WiFi driver installer which transferred at a staggering 100KB/s, so I was stuck on the phone to him with neither of us saying anything for a good 15 minutes while he did that. Anyway, audio seems to be totally fixed - haven't noticed any issues with it at all since then, and I've undone the workarounds that made the biggest difference.

However, I now have WiFi dropping a few times every day. I'm not sure if that's a new thing (pretty sure it is) and I'm not sure if it's the laptop at fault rather than the AP. The trouble is that it only drops a couple of times a day and it's unpredictable, and Windows doesn't even register it as dropping - I just lose throughput for 30 seconds or so. So it's pretty nasty to troubleshoot.

The drivers they installed seem to be pretty beta, so hopefully by the time they're released publically the network dropping will be fixed, but in the meantime I'm happy to have finally sorted the audio issue.

Hi, just to let you know that I have a spare new Dell second hard drive caddy kit which I got in the USA. Contains cage, connector and all screws. I am in the UK. Drop me an email
at [email protected]

Get the kit to add the second HDD at newmodeus (link below). I'm in Ireland and ordered it from here. Even Dell on the phone couldn't come up with this kit. Note you also need the adapter (interposer)included in this kit and not just the caddy as on Dell US site.
http://newmodeus.com/shop/index.php?main_page=product_info&products_id=187

Anybody have problems with the Wireless connection? I can see networks but it just won't connect. Believe it or not I also have an Ubuntu boot (other is Vista) on the second hard drive and also have the same problems. Is it just bad Hardware? Is there a fix?

Dell US kit has all components, cage, adapter and screws.